Isadora Moon dress up doll and other things

One of the things I really enjoyed doing in the lead up to the release of the Isadora Moon books was creating this dress up doll sheet below. I have always, always had a thing for paper cut out dolls - I think they are so charming - so I was very eager to create one for Isadora Moon. Besides, she has a fabulous wardrobe of clothes and I wanted to show them off!

All of the outfits on the sheet can be found somewhere in the books. 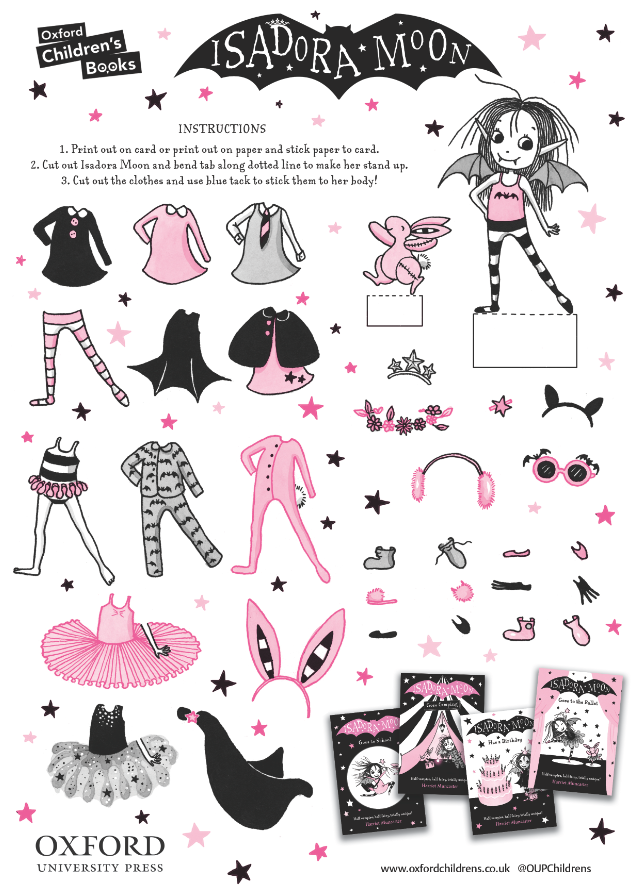 I couldn't resist trying out the cut out doll for myself once it was finished!

These sheets were available at some of my events but if you want to download one yourself then I'll leave a full res one here (below.) You SHOULD be able to open it in a new tab and it will be full size so you can download it! 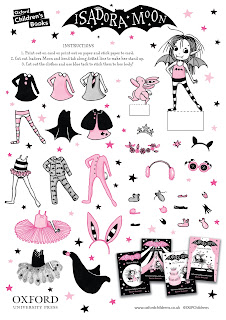 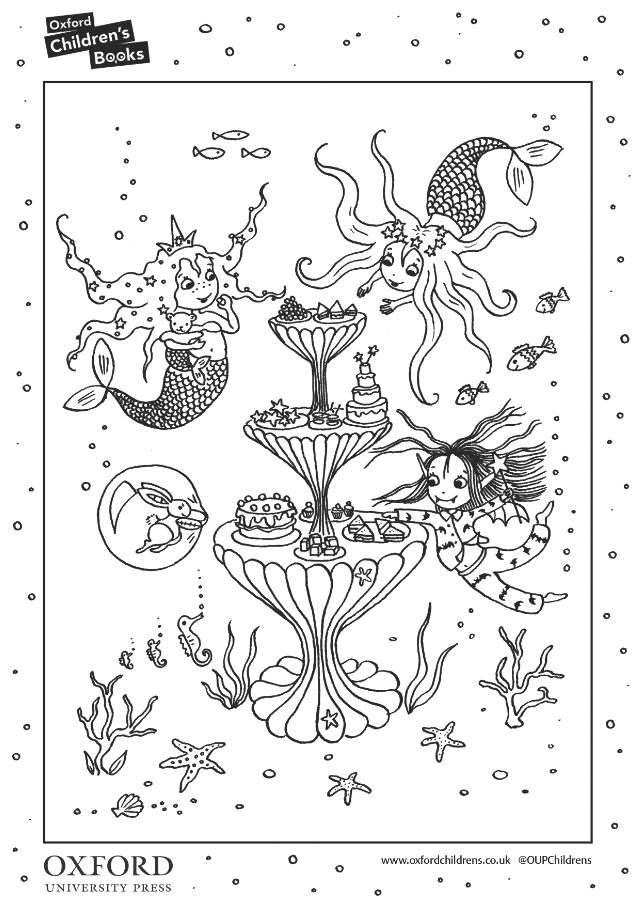 Over half term I was very busy because I did seven Isadora Moon events in various Waterstone's and libraries. I had not done a lot of events before so it was interesting to see what worked and what didn't work and I think I learned a lot doing them. Here are some photos from the Hitchin event which I think was my favourite. Because I am from Hitchin, lots of people who I knew came so it felt more like a launch party which was really nice. There were spiderwebs and pink and black balloons and the whole thing went really well.

Here I am reading an extract from my book to the children: 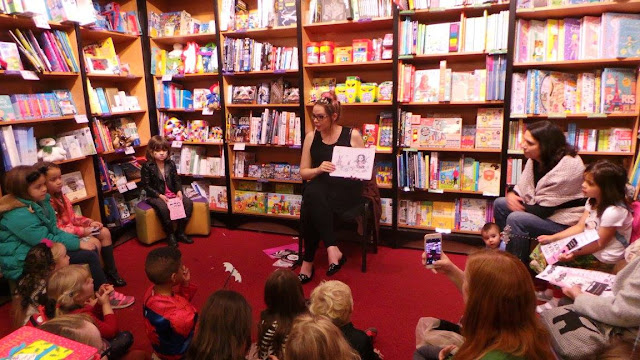 And signing books! We did a wand making craft activity at this event which went down well with the children. 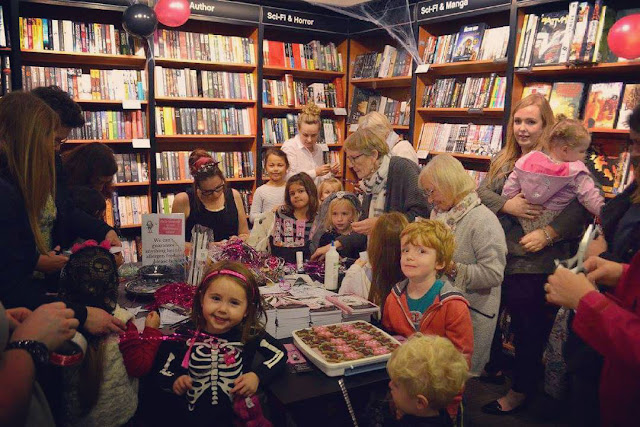 My mum made some vampire and fairy shaped star biscuits:

There were a few Pink Rabbits (the children came dressed up) but I was especially impressed with this one because the little girl's mum had even sewn black and white stripes into the ears! 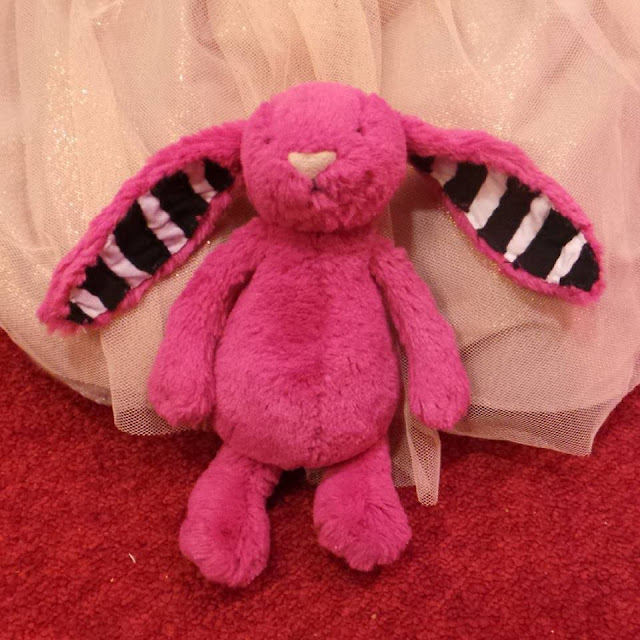 I also really enjoyed the Harpenden event. It was a much smaller shop and in the afternoon (I had done a St Albans event that morning) and Henry was there to help me. We had quite a few children come in and make wands and buy books (this picture was taken right at the beginning) but it all just felt very nice and relaxed. 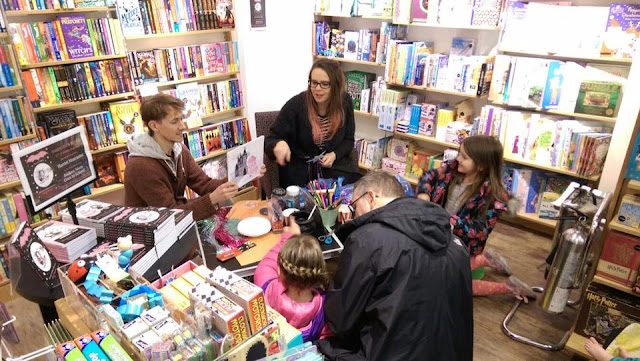 I was so grateful to Henry for coming to nearly all of the events and helping me out. At seven months pregnant I hadn't realised how tiring I was going to find it all. In a couple of the events I actually had to go outside for a breather as I got too hot and dizzy so it was really good he was there. He even came with me to my three library events in Sheffield at the end of the week. These ones were different from the Watersones ones in the way that there was no craft activity. I had to create a whole hour long event with only a flipchart to entertain the children. I think I managed it though and I was really pleased with how these events went. I did a reading, played a game, asked the children questions and taught them to draw characters from the books. I loved seeing their own Isadora Moon drawings. Here are just a few of them: 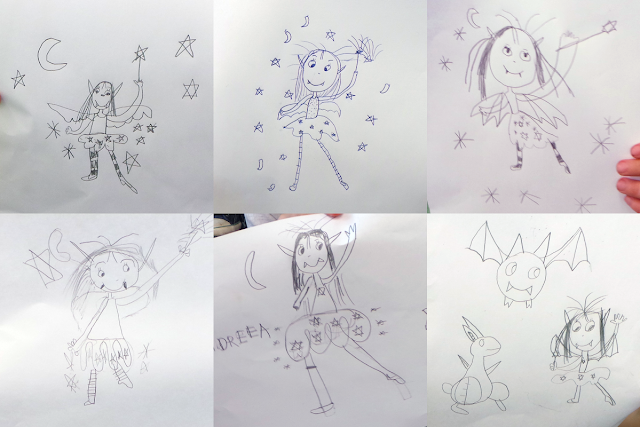 I must admit I was exhausted at the end of the week and came down with a horrendous cold which I am still not completely rid of! I think it's down to getting over tired coupled with being pregnant and probably also from being surrounded by so many different children all week long. Still, I am glad I did the events because it was wonderful to see children really engage with Isadora Moon and now I have a much better idea of how to run an event.

Now, after the excitement of all the events, I need to get my head down and get Isadora Moon 5 finished before the baby arrives at Christmas. I was excited to see the other week that the cover is already up online! 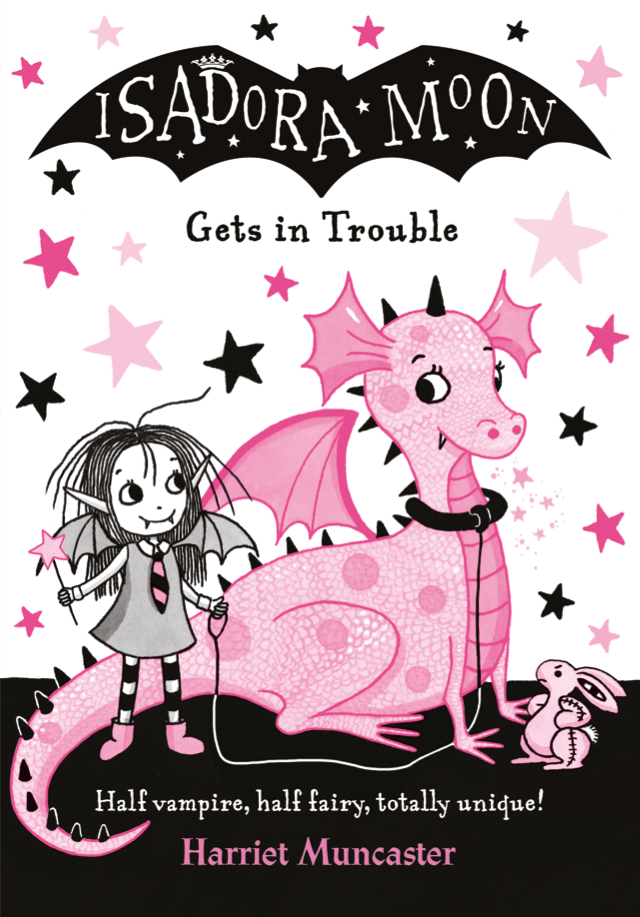 Also, today the Isadora Moon audiobook is out! It's so cool to hear someone else read my writing. 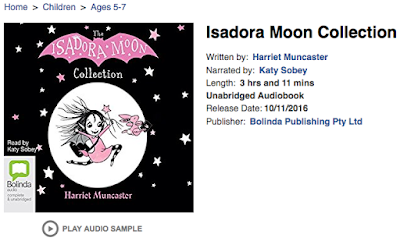 So that is exciting too!

I'll leave you now with a little picture of baby Honeyblossom 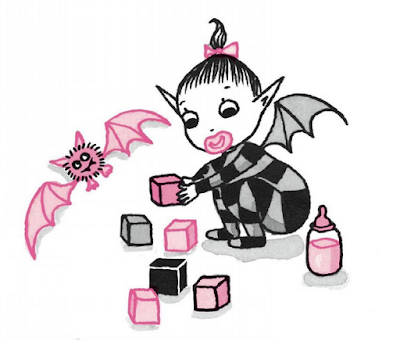 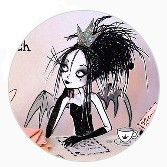